When we viewed the house we now live in – I shall call it Oakroyd, for that is its name – it was 2011 and I was heavily pregnant and toting a toddler who was determinedly inept at the art of potty training. I’d taken approximately three steps into the house when I’d made the decision we were buying it. By step five, I’d decided that we would also be knocking down some walls as soon as humanly possible. Thankfully, the stars aligned and I had the baby, we got the house, I got an architect round, plans were drawn up, I got some builders to quote…. and that was the end of the fairytale, as my dream of sledgehammering the interior of the house was going to cost a bomb. We were all out of bombs.

We knew we wanted to live here for a long time, and I knew I wanted to wait until we could afford to make the house exactly the way I wanted it, with minimal compromise, before we did any major work. A mere seven years later, and we were ready to start with the sledgehammers.
The plan revolved around taking out a huge, load bearing, chimney breast wall, from the foundations to the roof, which would give us a large kitchen/dining/living space downstairs, and reconfigure the upstairs to improve the space in the two girls’ bedrooms, and enlarge the family bathroom. We were also knocking down the utility room next to the kitchen, and rebuilding it from scratch. Easy! This all affected the left hand side of the house, leaving the smaller, right side for us to live in throughout the work.

This is what I learned:

You may also enjoy: 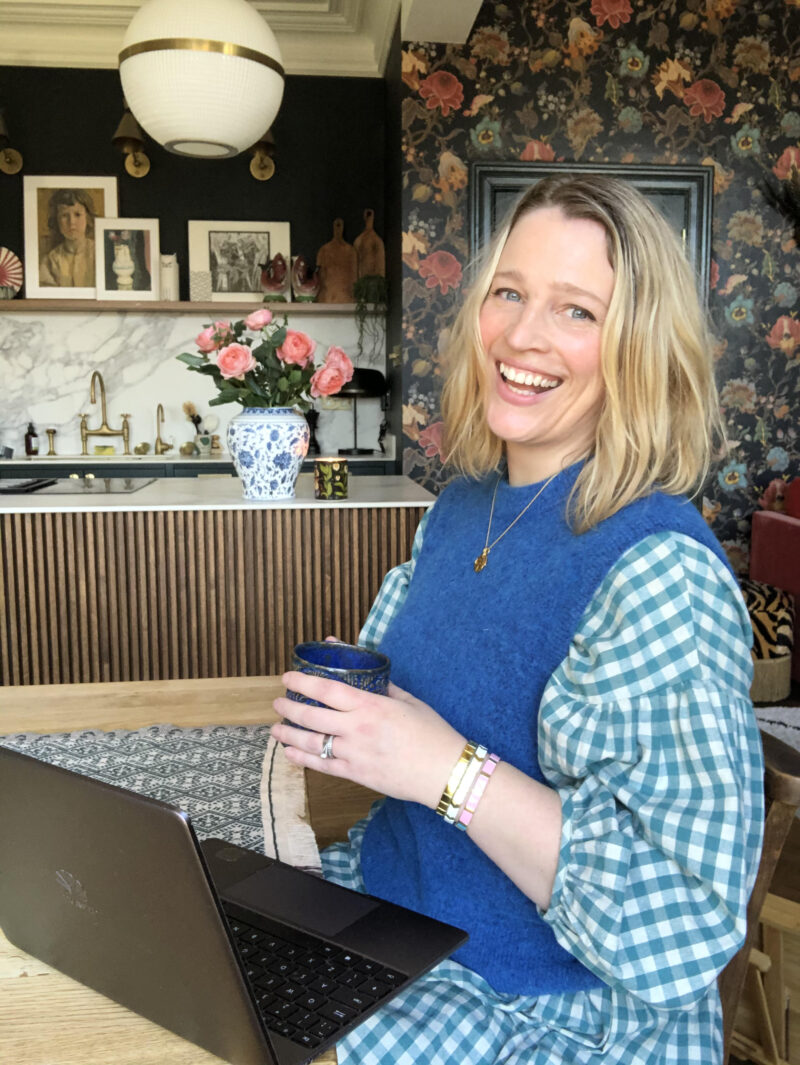 Hello! I’m Sandra, and I live in West Yorkshire with my husband and two daughters. We’ve been renovating our Victorian house for the past 8 years and I have a mild obsession with all things interiors, particularly if those things include a hefty dose of pattern and colour. This blog is my space for talking about the things I love: home projects, interior styling, décor tips and general lifestyle loveliness.